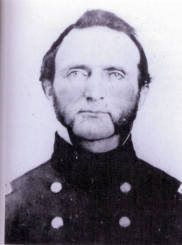 "As Professor of Natural and Experimental Philosophy, Major Jackson was not a success"

From 1851 until the outbreak of Civil War, Thomas J. Jackson served as Professor of Natural and Experimental Philosophy and Instructor of Artillery Tactics at the Virginia Military Institute in Lexington, Virginia. Natural Philosophy (in modern terms, roughly equivalent to Physics; it included astronomy, mechanics, acoustics, optics, and other sciences), was a difficult part of the mid-nineteenth century curriculum; many cadets found it almost impossible to master under the best of circumstances. Unfortunately, Major Jackson, as he was known at VMI, was a mediocre teacher--although highly intelligent, he could not convey the concepts to students. This inability, along with his humorless demeanor, soon branded Jackson as an unpopular faculty member, one who was the target of many student pranks.

Francis H. Smith, VMI's Superintendent during Jackson's era, wrote the following in his History of the Virginia Military Institute

"As Professor of Natural and Experimental Philosophy, Major Jackson was not a success. He had not the qualifications needed for so important a chair. He was no teacher, and he lacked the tact required in getting along with his classes....His genius was in the Science and Art of War. He found a field for the display of this genius when the war opened in 1861."