Virginia Museum of the Civil War

The museum focuses on the Civil War in Virginia with artifacts, photos, and dioramas. The May 15, 1864 Battle of New Market is featured. Be sure to catch the Emmy award winning film, Field of Lost Shoes (2000) in the museum theater, the Kaminsky Gallery of Civil War Firearms and the impressive Robert Raeburn Civil War Art Gallery.

The museum was dedicated in 1970 as a monument with its metal drum-like rotunda and stylized rifles leaning against it. Inside is a red carpet representing sacrifice and a graceful ramp signifying the forward motion of the VMI Cadets charging up Bushong’s Hill.

Cadet Thomas G. Jefferson, great grand-nephew of President Thomas Jefferson, was a private in Company B at the Battle of New Market on May 15, 1864. This button was on his uniform that rainy Sunday afternoon when he was mortally wounded by a bullet, shown here. He died on May 18, 1864 in New Market, VA. He is buried beneath the statue Virginia Mourning Her Dead at VMI. 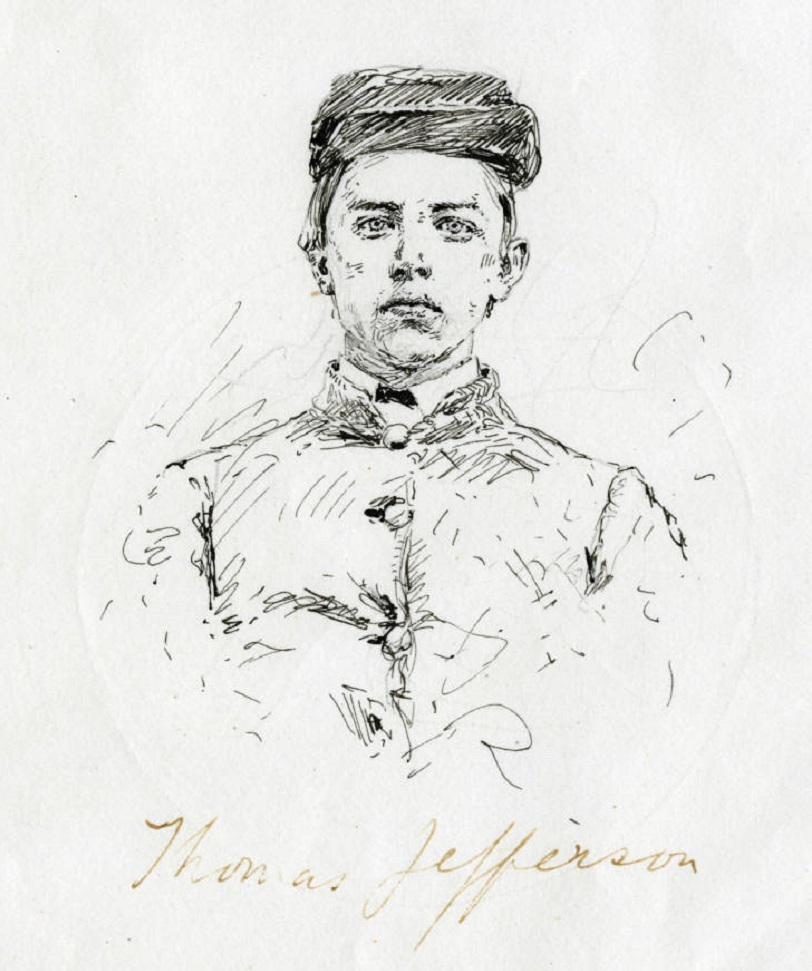