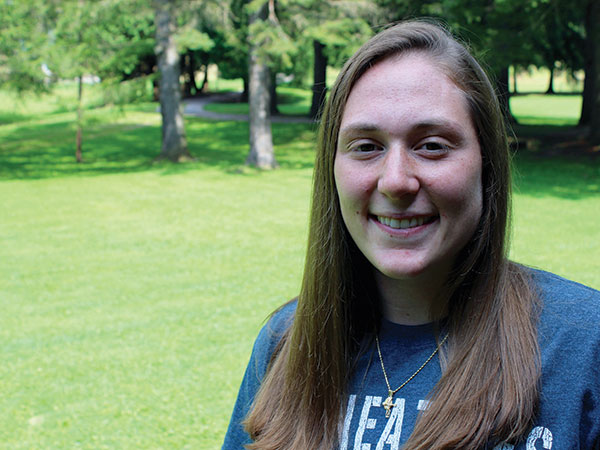 While the year following college graduation finds most young people fervently working on themselves –¬ furthering careers and building resumes – Rachel Kroner ’17 followed a different path. She’s living on a $100-a-month stipend and spends her days teaching refugees how to access health care in Cleveland, Ohio.

Initially, Kroner, a distinguished graduate of VMI who earned a Bachelor of Science degree in psychology, planned to attend graduate school for clinical psychology. She was in the middle of a research project during her senior year at VMI when she realized she wanted to do something unusual.

“Suddenly, it dawned on me that I didn’t want to go straight to grad school; I really wanted to do a year of service to work with people, especially people who are [in unfortunate circumstances], who experience suffering,” she recalled.

After exploring her options, Kroner found the Capuchin Franciscan Volunteer Corps, or Cap Corps, a volunteer organization led by an order of Catholic friars. Kroner, who is Catholic, says her personal spirituality played a part in choosing to apply for the Cap Corps. Her time at VMI also led her to seek a challenging service opportunity.

“[VMI] is a hard experience. It’s not average. It was the four hardest years of my entire life,” Kroner recalled. “I knew how fruitful VMI was to my life and my character. I knew if I chose a service that was ... demanding and totally out of my comfort zone, [it] would be just as fruitful.”

Through the Cap Corps, Kroner was assigned to work in the Migration and Refugee Services department of Catholic Charities in Cleveland, Ohio, where she is a health care navigator working with a local refugee population.