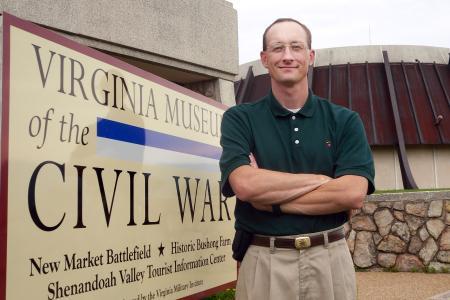 Marshall had been a member of the Coast Guard, and was with the New Market Battlefield State Park since 2001, with half of his time there serving as site director.

“Troy’s admiration for VMI and his love of public history were reflected in his leadership of the Virginia Museum of the Civil War and Battlefield Park,” said Col. Keith Gibson, director of the VMI Museum System. “This leadership extending over two decades will be deeply missed.”

The museum was closed on June 18 in tribute to Marshall, and reopened the next day, as the staff know that’s what he would have wanted.