The Virginia Military Institute produces leaders and individuals whose daily lives reflect the integrity, fairness, and appreciation for the value of hard work that is instilled at the Institute. Our mission is alive in each cadet from the youngest rat to the first captain. Their pursuits - marked by words such as Honor, Character, and Wisdom - may seem romantic, even archaic, but they are, in fact, timeless and never needed more than now. As a premiere public liberal arts college, VMI provides qualified young men and women an undergraduate education of the highest quality conducted in, and facilitated by, the unique VMI system of military discipline. 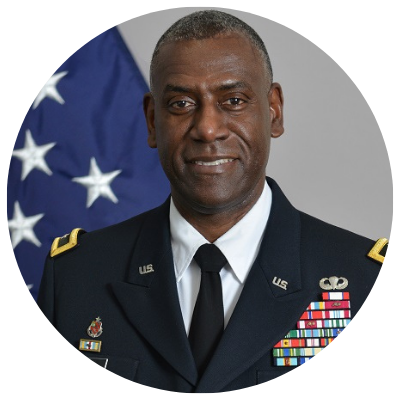 The beauty of VMI is that opportunity is available to a lot of kids who grew up like me. In my view, more than ever, the Commonwealth and the nation needs a place where young men and women from all different backgrounds can prepare themselves, challenge themselves, educate themselves, to learn about who they are, and get ready to go out into the world and do great things. That is why VMI exists.

A Brighter Future: VMI Reaffirms Its Commitment to Diversity, Equity, and Inclusion

The experience at the Virginia Military Institute is like no other. It is designed to be very different for a reason. For those individuals willing to truly challenge themselves, VMI promises to mold them into leaders our nation values and needs. We have a rich history and incredible story to share, and we hope you will take the time to learn what makes VMI so unique, including the critical role of the VMI Rat Line in forming the bond between cadets in each VMI class.

Regarding the Commonwealth's Investigation

There are some who have made allegations that institutional racism is prevalent at VMI, but the facts simply do not support that position. Like many college campuses, we too have had incidences where racial slurs and racist acts have been perpetrated. That is not an experience that any of our cadets should have to endure, and we have taken action to address that concern. According to a 2017 report from the U.S. Department of Education Office of Civil Rights, VMI has implemented systems and training programs to properly address those issues, many of which are highlighted below.

It cannot be overstated – sexual harassment or sexual assault is not and will never be tolerated at this institution. Perhaps what pains us most is hearing some cadets and alumni say that they were apprehensive to bring issues forward out of fear of reprisal. No cadet should ever feel the administration, faculty, or staff at VMI are not here for them. Addressing these issues is of paramount importance.

It’s important to note that VMI has initiated significant measures to strengthen diversity, equity, and inclusion efforts. These efforts foster a supportive culture for all members of the Institute’s community and include hiring a new chief diversity officer. This work has been ongoing for many years. Below are brief examples of progress to date. Further information about the Institute as well as its progress and plans for future action to continue our evolution can be found in:

Expanded Enrollment of Cadets of Color and Under-Represented Populations 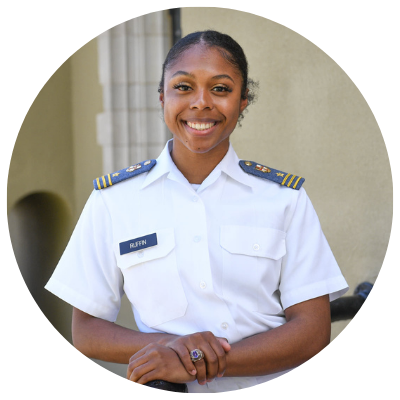 What brought me to VMI was the promise to come out a better person than when I came in. I wanted to attend a school that had smaller class sizes and faculty that would be more than willing to assist me throughout my cadetship. I also wanted to attend a school where I could make an immediate impact, in the classroom and on the track. The value that a VMI degree has and the strong alumni foundation were definitely the deciding factors for me in the end. 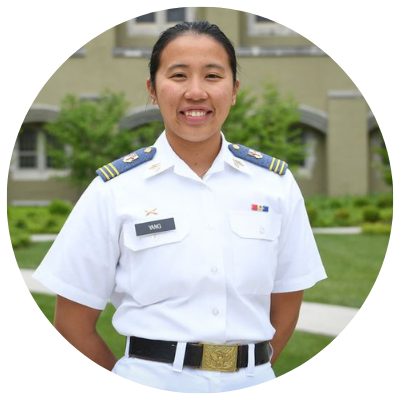 When I'm here, they don't see you as female or male. Some people do feel that way, but not for me. They see your ability: if you can do it, you get the job. That's why I applied for cadre every year, and I got cadre every year. I'm the only female in my company as a cadre. They don't really choose you because you are female, but because you're good at it. I hope I can bring that back home, because we don't have that concept. 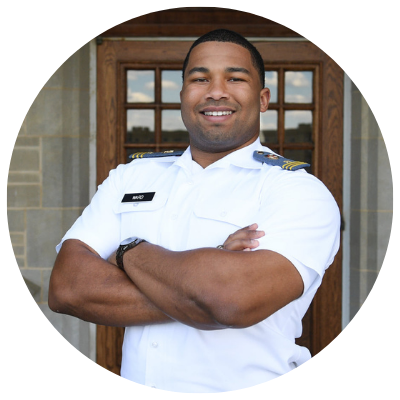 As a leader and as a person, I've learned how to interact with individuals of different backgrounds, upbringings, and personalities. I understand now that one style of communication does not work with each person. It requires trial and error, as well as learning how to adapt in order to be successful.

Addressing the Role of General Stonewall Jackson on Post

Where do we go from here?

VMI recognizes that we must evolve if we want to reach our goal of becoming a model for the Commonwealth and the nation. As outlined, some of those changes are already in progress, but we will continue to make improvements.

To that end, we recommit to the following Five Priorities for VMI first outlined by Maj. Gen. Wins '85:

VMI graduates are recognized consistently for their honor, dependability, work ethic and dedication to duty in public service as well as private industry. We are undeterred in our mission.

To those cadets and alumni who brought forth concerns about racism and sexual misconduct, know that your contributions will make a difference. We appreciate the part you play in making these important changes happen.

Together, we will make VMI even stronger.