Biography: Dr. Cartwright began her discovery process in chemistry at Sweet Briar College, where she conducted research on the development of natural product inspired pro-drugs. After graduating in 2014, she worked as an analytical and process chemist at ChemTreat and Syngenta. Dr. Cartwright later went on to graduate school at the University of Kansas and joined the research group of Jon Tunge. Her graduate research primarily focused on the development of new catalytic methods that employ photoredox-promoted decarboxylation. After earning her PhD in May 2020, Dr. Cartwright joined the faculty at VMI. Apart from spending time helping Cadets find success in chemistry and devising new synthetic methodologies, Dr. Cartwright enjoys exploring the outdoors and spending time with her animals.

Academic Interests: Research efforts in the Cartwright group are focused on the discovery, development, and understanding of new synthetic methodologies that allow for the facile construction of useful chemical building blocks as well as broaden the synthetic toolbox for complex molecular synthesis. New approaches being investigated seek to be operationally simplistic, economical, and adhere to the principles of green chemistry. Additionally, Dr. Cartwright is invested in developing the next generation of scientist and sees a high value in teaching within the research lab as well as incorporating hypothesis-driven learning into her courses. 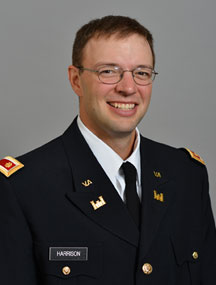 Daniel Harrison is a 2005 VMI chemistry graduate. He was awarded his Ph.D. at the University of Virginia where he studied the ability of inorganic compounds to modify the standard organic chemistry of aromatic molecules. Many of the novel compounds he synthesized are at the National Institutes of Health: Molecular Library for Small Molecule Repository to evaluate their biological activity. Daniel continued his research career as a Post-Doctoral research associate with Thomas J. Meyer at the University of North Carolina at Chapel Hill’s Energy Frontier Research Center: “Solar Fuels.” There he studied the catalytic conversion of H2O and CO2 into usable fuels for applications in renewable energy technology. Daniel returned to VMI in January 2013 and is currently teaching Physical Chemistry. At VMI, his research efforts focus on utilizing electrochemical methods to analyze inorganic molecules that his students synthesize, in order to determine their ability to produce usable combustible fuels from electricity. His research is a part of a larger global effort to produce renewable fuels and help develop a carbon neutral economy. Daniel originally became interested in science because of his fascination with colors, fireworks, and a desire to understand and explain our physical surroundings with concrete descriptions. 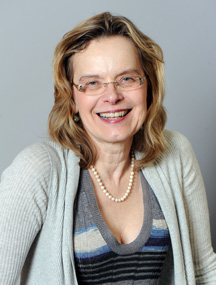 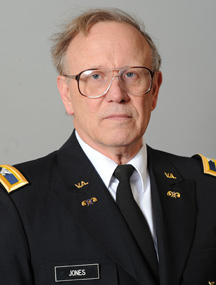 Dr. Jones is an organic chemist with research interests in natural products chemistry and chemical ecology. The major focus of this work is the structure and stereochemistry of ant venom alkaloids and other formicid exocrine secretions. Prior to coming to VMI, Dr. Jones taught at Old Dominion University, Furman University, the U.S. Naval Academy, and the College of William and Mary. He served as a Postdoctoral Associate at the University of Georgia, and as a Postdoctoral Fellow at Cornell University. He spent six years at the National Institutes of Health (Bethesda, MD) as a Staff Fellow. Tappey Jones is an accomplished researcher, with over 130 publications to his name, and over $800,000 in grants awarded. He enjoys jazz music, and the halls of the science building are often treated to the mellow sound of his saxophone in the wee hours of the morning. 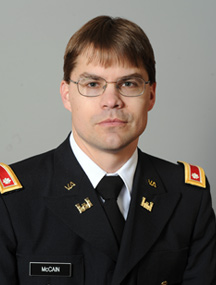 Dr. McCain is a biochemist with research interests in the study of enzymes. His research involves studying the detailed mechanisms of enzymes using techniques such as enzyme kinetic assays, UV-Vis spectrometry, bacterial transformation, protein expression and purification, chromatography, and site-directed mutagenesis. Prior to coming to VMI, Dr. McCain did his thesis research in the laboratory of Zhong-Yin Zhang at Albert Einstein College of Medicine where he studied the mechanisms of protein phosphatases.

Dr Quevedo is an analytical chemist interested in the detection of small molecules. Small molecules, including pollutants, toxins and opioids, are extremely challenging to detect, both because of their relatively small size and their similarity to one another, making specificity challenging. Dr. Quevedo is using hydrogels, cross-linked polymers which swell in water solutions, as a way of enhancing the signal and specificity of small molecule detection.  Her work focuses not only on synthesizing and testing hydrogel detection mechanisms, but also understanding why hydrogels behave differently depending on their environment as well as alternative detection methods to enhance signals from the hydrogel. Dr. Quevedo is also committed to further integrating current technology into the chemistry curriculum, with a focus on biotechnological applications.

Prior to coming to VMI, Dr. Quevedo completed her bachelors at Harvey Mudd College, with a focus on small molecule synthesis, and her PhD under Professor Ryan Bailey at the University of Michigan Ann Arbor, focusing on developing microfluidic organic phases for improved small molecule detection. 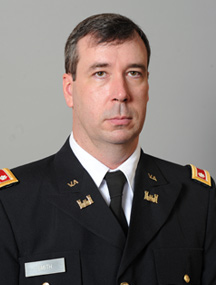 Dr. Smith is an organic chemist with research interests in natural products chemistry and synthetic methodology. One aspect of this work is the synthesis of novel nitrogen-containing natural products; particularly indole alkaloids from sea sponges and pyrazole alkaloids from traditional folklore plants. Another aspect of research is the use of vinamidinium salts as synthetic intermediates to construct nitrogen-containing heterocycles. Prior to coming to VMI, Dr. Smith was a postdoctoral chemist at Research Triangle Institute in North Carolina working on a project to chemically inactivate nerve agents.