Three Generations Look Back at Their Formative Years 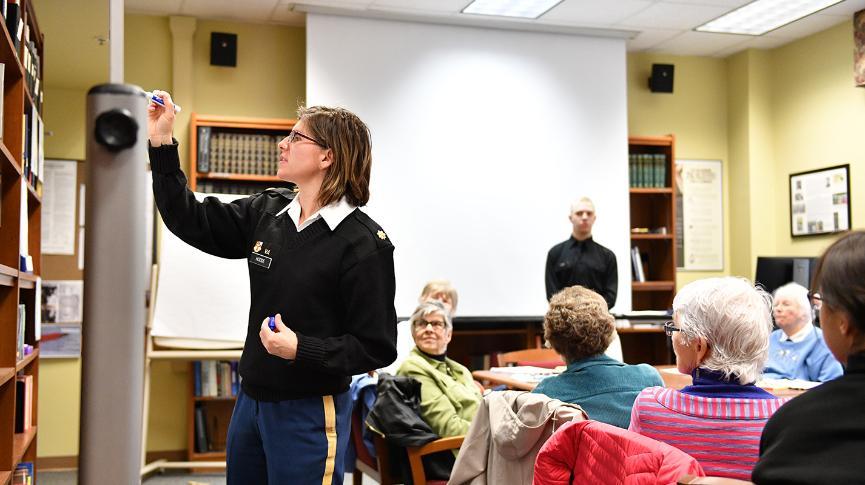 Maj. Stephanie Hodde writes ideas on the board for the ERHS 411 fieldwork class while the class meets with residents from Kendal at Lexington in Scott Shipp Hall Feb. 19.—VMI Photo by Kelly Nye.

LEXINGTON, Va., May 29, 2018—The English, rhetoric, and humanistic studies 411 fieldwork class is taking a more creative approach to service learning by hosting the Rockbridge Community Memoir Project. The project is designed to represent the perspectives of three generations currently living in the area: Lylburn Downing Middle School students, VMI cadets, and residents from Kendal at Lexington.

“I was interested in creating a fieldwork class that had a creative component because most of the work thus far—the two years that I’ve been here—were more research based in terms of service learning and providing some sort of need for the community,” she said.

Hodde wants cadets to help individuals create a collective of community knowledge, especially now when social media sites such as Facebook and Instagram make it easier than ever to record memories and share them.

“We’re in that kind of golden age where everything is about public display,” Hodde explained. “Yet memoir is a little bit trickier because there is a little more at stake and you’re really defining not only yourself but a period of time, and a family, and a generation, or an institution.”

So Hodde began the class by making sure the cadets understood the weight of writing in the creative memoir form. They read different models of contemporary memoirs, then reflected on them. The next step was to prepare workshops for the middle schoolers and Kendal residents before leading them in their writing.

“There have been three prongs of the class,” explained Hodde—studying, leading, and participating.

Lee Adams ’19 is in the class and in Maj. Polly Atwell’s creative writing class that assisted the fieldwork class in the beginning of the semester.

“I knew that the genre was something special and also sometimes intimate,” he said. “I imagined that approaching these two generations and asking them to tell me about their past there would be some walls, and with some there are, but all in all it is a very rewarding experience, for both reader and writer.”

There were also some surprises once the workshops got started.

“At first I thought this will be a project about learning the local lore, but it’s absolutely not that,” said Hodde. With the Lexington community drawing people in from a multitude of backgrounds all over the country, Hodde and the cadets began to realize the scope of these stories would extend beyond Lexington. Furthermore, the intentions of each writer were as unique as the individual writing them.

The stories range from relationships between siblings, to childhood encounters in Brooklyn with adults from the South, to one-room school houses in the 1920s, to the integration of African Americans and then women to VMI. All of them reveal the sentiment of the times on a national level.

“I think there are some personal journeys going on in the class, for both the Kendal writers and the cadets. Most of the cadets are recognizing that this is a meaningful thing to be doing,” said Hodde.

Childhood is a recurring theme throughout most of the stories—it is the experience all three generations have in common. And the sixth graders add a nice juxtaposition to the Kendal residents’ experiences.

“For a child, everything is so immediate,” said Hodde. “They’re having to think about it very differently in terms of what’s unique about that childhood lens—that lens that a young person would bring instead of someone who has all of that behind them.”

The cadets, too, are writing about what they know.

“My memoir is focusing on my neighborhood and its community events,” explained Lee Adams. His writing project covers the same day—the 4th of July—over a six-year period. “I think looking back in the community that we grew up in can tell us a lot about ourselves.”

Sharing personal stories with each other accomplishes more than just the civic engagement the class was designed for. The cadets are making personal connections with the middle schoolers and the Kendal residents.

When I was about 5, I got an American Flyer model train set.  This was the set I had longed for, it was the best (I thought) in terms of accurate reproduction of real trains (you could buy a small packet of liquid to put in the smokestack, and it would puff real smoke!).  Also, it ran on two rails, while the other option (Lionel) used a 3-rail track.  I was so happy Christmas morning, when I tore open the wrapping to find an American Flyer train set! John South

Then the trouble began.  My dad and uncles started to (insisted on) set it up for me.  So they spent all morning, and most of the afternoon working (it seemed to me they were PLAYING) with my Christmas present.  I was frustrated, and even my loud crying did not entice them to let me play with my present.  So this Christmas memory is bittersweet – a wonderful gift, but a sad memory.

The wagon laid at the end of the patio, its red shine glowed in the hot summer sun, and its wheels obviously strained under the weight of the cooler. I opened it up to check the contents, a cache of beer and juice boxes, a cool vapor met my face as I quickly closed it. I griped the handle and made my way back down to the party. I could hear the clamor from down the street; the party was in full swing, the heartbeat of the street pumped in rhythm with the light hint of music from the speakers I could not see.

“Hurry up and place it by the tree.”

Side comments for the sake of noticing me, the youngest at the party by 30 years, I was the odd ball, the liability. Everyone caters to me, even though I had just been sent to collect their libations, they seemed to see me as the firecracker that is bound to explode. Finally, the fireworks started to go off in the background, the low thuds setting a back ground regularity that seemed to interrupt the conversation. I strained my head to look through the trees to get a glimpse of these heavenly releases. 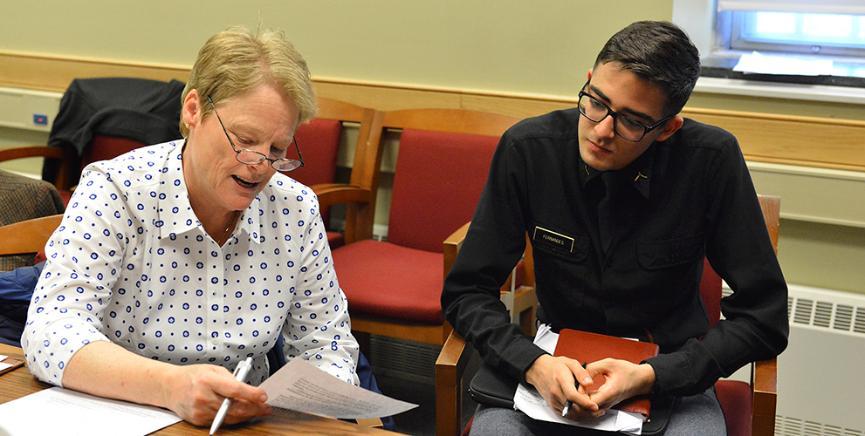 The leaves seamed to suck him straight in as he disappeared completely. I stood there laughing uncontrollably. Sure I was concerned about Jahanzib and didn’t want him to get hurt. However, there are certain things that when they happen to one of your friends, you can’t help but laugh. This was definitely one of those times. As I watched the leaves absorb Jahanzib, I glanced over at the people driving towards us. They halted the car immediately and wore the look of horror as if they had just hit someone.

Their eyes remained glazed and glued to the leaves as if by staring at the leaves, they would undo what they had done. He remained there for what seemed like a couple of minutes, but was probably only a couple seconds. He probably was too shocked to get up at first, but after a while, he rose up and began shaking off the leaves. Some crumpled and chipped leaves still clung to his socks, and his sweat glistened back. I was still laughing, but I managed in between chuckles to ask if he was all right.

“Are you okay,” a worried voice said as an elderly lady popped her head out of her car window. I had completely forgotten that they were there. We turned to them and assured them that he was fine and we proceeded running. The laughter was contagious, and for the rest of the run, we couldn’t stop laughing.

Throughout this, I was getting quite an education on the two subjects. I was also very impressed with my father. My sister was being truly obnoxious and rude and would, if she were in another family have been sent to her room. She hadn’t gone far enough for my father yet, and he still remained calm, cool and collected. More discussions on the advantages and disadvantages of Marxism versus Capitalism followed.

Finally, my father was dressed and ready for work. He stood and said, “Well, it’s time for me to go to work.” Patiently he said, “Dear, America is not perfect but to me, it is the best system in the world, and I would rather live here than in any other country.” He said this kindly and knowingly, understanding my sister’s lack of knowledge, her being a teenager and because of Quaker values in discourse and listening, he was able to let her have a voice. He did, though, leave her with her own opinion.

“Well, I guess you won’t want to drive it this weekend with your friends? You all wouldn’t want to be caught dead in a capitalist pig car.”

I burst out laughing but quickly clamped my hand over my mouth. The twinkle and smile on my father’s face was delightful. My sister’s jaw dropped. She had no reply.

Then my father gave her a hug and said as he walked out the door, “And please dear, shave your legs and your armpits.”