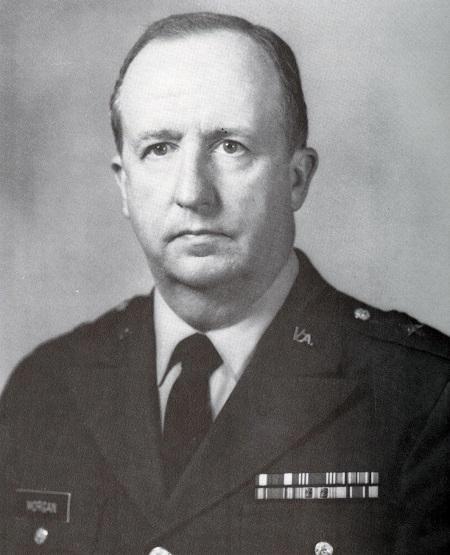 LEXINGTON, Va., January 11, 2021—The superintendent regrets to inform the VMI community of the death of Maj. Gen. James M. Morgan, Jr. '45, dean emeritus of the faculty. He passed away in Lexington on 2 January at the age of 97.

Morgan was a distinguished graduate of VMI and recipient of the First Jackson-Hope Medal and the Society of the Cincinnati Medal. He was a member of the Honor Court and served as first captain of the Corps of Cadets. He entered VMI in 1941 with the Class of 1945 and resigned in 1943 to enter the armed forces. He returned in 1944 and graduated in 1946, the same year he joined the faculty as an instructor.

He went on to receive a master's degree and his doctorate from Johns Hopkins University. Morgan spent nearly 40 years at VMI. He was a professor, then head of the Civil Engineering department, and the first director of the VMI Research Laboratories. He also served as assistant commandant of cadets for several years. Morgan was appointed dean in 1965 and retired from VMI in 1984.

One of the Peay Endowment chairs is named for Morgan, recognizing faculty members for their influence on VMI's academic programs and the lives of cadets. The Nichols Engineering annex, Morgan Hall, is also named for him.

Morgan was a member of the U.S. Army Reserve for more than 30 years and was a recipient of the Legion of Merit and the Meritorious Service Medal with oak leaf cluster.