Holder of the Jamison-Payne Institute Professorship 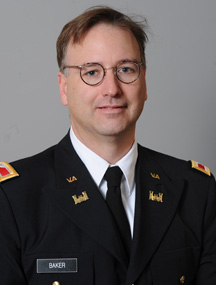 Dave started his professional career at IBM where he participated in the design of two models of the IBM PC:  the IBM PC-XT/370 and the IBM PC-AT/370.  He worked as an Assistant Professor in Electrical and Computer Engineering at Old Dominion University and was the Program Head of Electrical and Electronics Engineering Technology at Virginia Western Community College.

Dave teaches the computers and robotics modules of the curriculum introduction course, combinational circuits, sequential circuits and digital systems, computer design, and microcontrollers in the department.  He also serves as the branch counselor for the student branch of the IEEE and is active in K-12 outreach.

Dave is a licensed Professional Engineer in the Commonwealth of Virginia.  His research interests include evolutionary robotics, computational intelligence, embedded systems, computer architecture, and applications programming.  He is a senior member of the IEEE and the IEEE Computer Society and is a member of ACM, ASEE, Eta Kappa Nu, Tau Beta Pi, and Phi Kappa Phi. 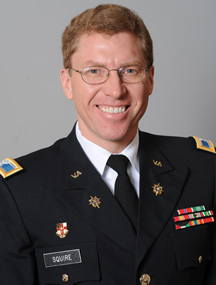