VMI's regimental system is the military component of the Corps of Cadets. It provides a grounding in the military system, and promotes a strong sense of belonging, pride, and commitment.

Leadership cannot be developed by an individual in isolation. Choosing to become a cadet at VMI means joining a senior military college with a distinguished history and strong tradition of developing military and civilian leaders. At VMI, the journey to becoming a leader starts as a follower in the regiment. After two years, cadets contribute to important leadership responsibilities that support the Corps of Cadets.

Rank is not automatically assigned by class year - it's earned. Cadets must apply for and be selected for rank based on demonstrated performance and leadership potential.

Organization of the Regiment

The Corps of Cadets regiment is organized to reflect an Army infantry regiment. VMI's approximately 1,600 cadets join one regiment of three battalions and their staffs. Each battalion has three companies, for a total of nine line companies plus a Regimental Band. At different times in VMI's history, the regiment has consisted of two battalions.

Responsibilities of Cadet Officers and Staff

Regimental Officers are responsible for the conduct, discipline, training, and operations of the entire Corps of Cadets regiment.

Battalion Officers are responsible for the conduct, discipline, training, and operations of their battalion.

Company staff and four platoons are responsible for the accountability, training, and welfare of cadets in their company.

Color Guard staff are responsible for the safeguard and maintenance of the colors for all events on post. 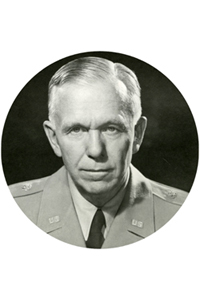 "...the efficiency of your leadership will depend only to a minor degree on your tactical ability. It will primarily be determined by your character, your reputation, not much for courage... but by the previous reputation you have established for fairness, for that high-minded patriotic purpose, that quality of unswerving determination to carry through any military task assigned to you."