The VMI Glee Club is VMI's oldest club on record at the Institute. It is listed as an activity in the first VMI yearbook, The Bomb, published in 1885. In its early days, the Club performed as much instrumental music as vocal, with guitars, mandolins and violins accompanying the singing.

The father of the modern VMI Glee Club was the legendary professor of English Colonel Herbert N. Dillard ’34.  While a cadet, Dillard, was instrumental in organizing a club from informal groups which gathered on the stoops of Barracks to serenade the Corps late at night.

The Club has been in demand over the past three decades performing at hundreds of concerts. ceremonies, official ceremonies on and off post. Appearances range from includes Richmond, Virginia Beach, Norfolk, Roanoke, at the National Shrine in Washington, D.C. Saint Patrick's Cathedral in New York City, the US Marine Museum in Quantico, Virginia, Disneyworld and the Villages and Pensacola, Florida, and concert tours in Puerto Rico and Philadelphia.

The Glee Club is a unique ensemble at the Institute. Cadets from every class including "rats" are allowed to participate and perform and travel with the group, and cadets range from every academic major, ROTC affiliation and cadet rank In the Corps of Cadets. Rehearsals are two evenings a week and, as an approved co-curricular activity, the group does not conflict with athletics or ratline activities. The Club has its own elected officers and offers the participants a variety of leadership opportunities.  Within the Glee Club are two smaller ensembles: the 'Men In Grey,' a male acapella group, and the 'Sentinels,' a mixed voice specialty septet.

The Glee Club continues each year its traditional program of concerts throughout Virginia and the eastern United States for alumni chapter gatherings, recruiting dinners, conventions, concert tours, and numerous annual appearances at VMI. Recent performances include Washington, D.C. at the National Cathedral, the Capitol Building, the Jefferson Memorial, and the VMI/ West Point football game in West Point New York.  An annual high point of the Glee Club’s performances is performing at Family Weekend and Finals Concerts, recently the cadets sang for wounded service personnel at Walter Reed Medical Hospital in Bethesda, Maryland.

Col. Brodie, Music Director, is forever thankful to all of cadets of the Glee Club for their talents, contributions and dedication in their participation in the unit.

A History in Pictures 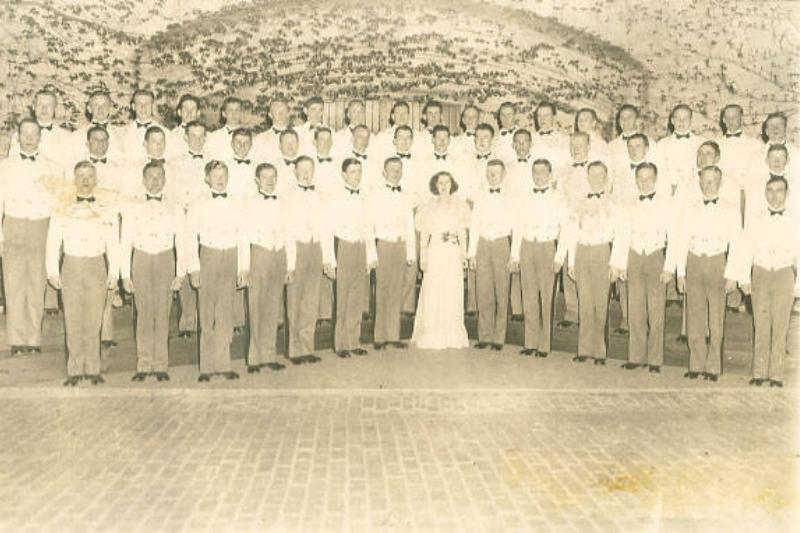 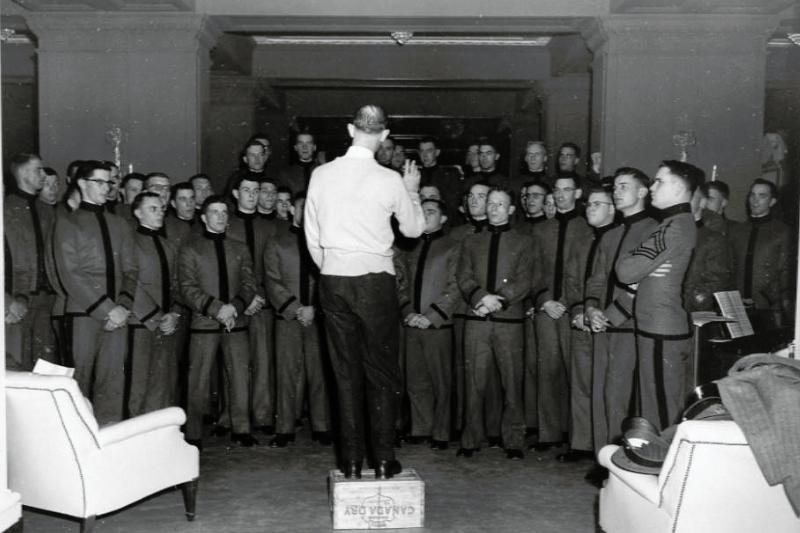 Herbert N. Dillard, Class of 1934 rehearses with the VMI Glee Club at the Hotel Statler in Washington, D.C. before their First Presidential Concert, Feb. 5, 1955. The Cadets were performing at the Eleventh Annual Radio and Television Correspondents Association Dinner which was attended by President Dwight D. Eisenhower. President Dwight D. Eisenhower shakes hands with Cadet Andrew J. Thacker, Class of 1961. The President met with Thacker and other members of the VMI Glee Club after they entertained guests at the Federal Housing Administration Banquet in Washington, D.C. on June 18, 1959. 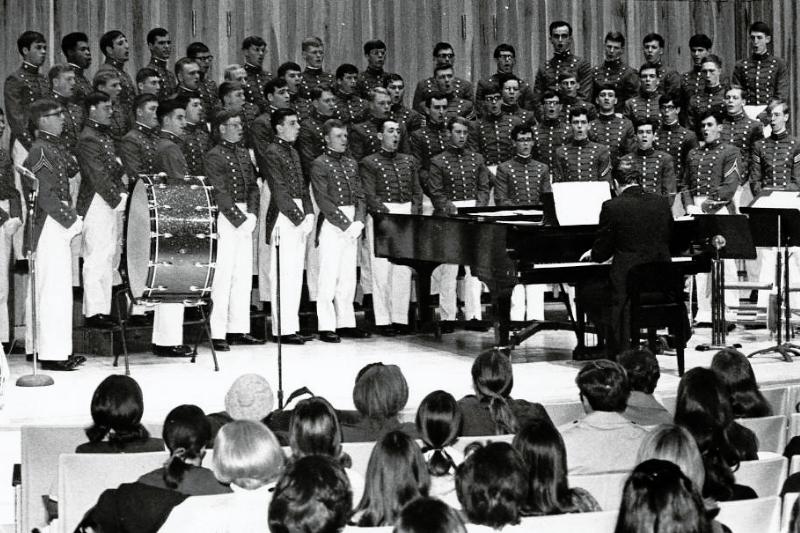 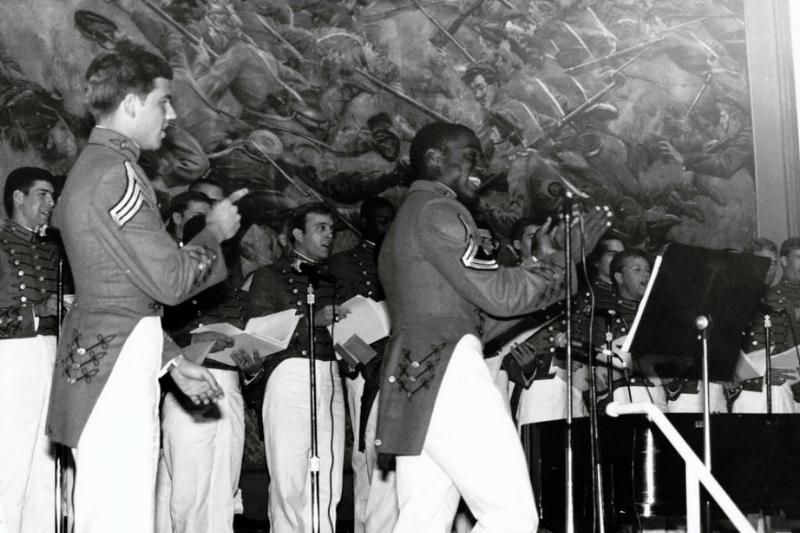 Cadets lead the audience in a song, 1983

Cadets Mark A. Draper, Class of 1984 and David A. Twillie, Class of 1985 lead the audience in a song at a VMI Glee Club concert in Memorial Hall. Carols in the Courtyard

A beloved part of Spirit Night, the VMI Glee Club sings carols in the barracks courtyard in December 2019.