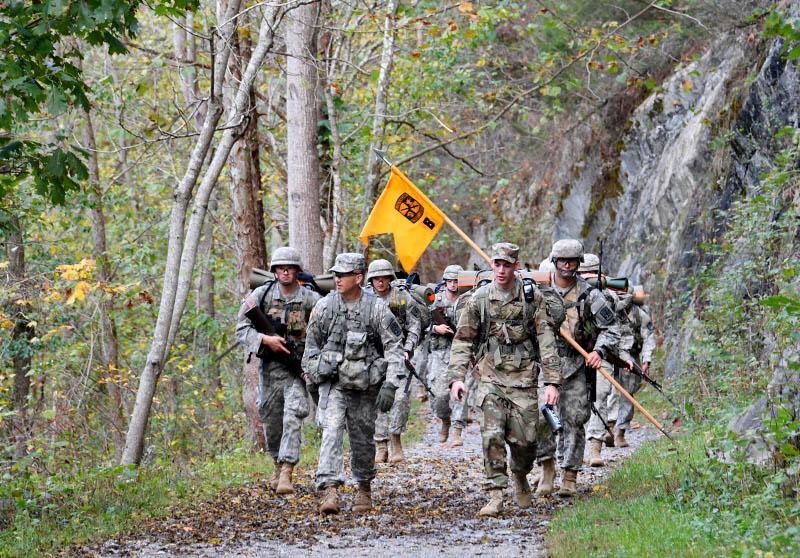 LEXINGTON, Va., Feb. 15, 2017 – For the third time in the past four years, the U.S. Army Cadet Command has named VMI among the eight winners of the MacArthur Award for the 2015-16 academic year.

In addition to the hard work done day in and day out by members of the Army ROTC staff, the range of support that VMI provides helps set the program apart.

“From a resources and facilities perspective, it’s a good, synchronized effort in terms of training and leader development,” said Col. Mike Wawrzyniak, Army ROTC commander. “The way VMI combines what the Institute does with our ROTC program makes it pretty unique, even compared to other military colleges, but certainly across the other 275 programs in the nation.”

Since 1989, the U.S. Army Cadet Command and the Gen. Douglas MacArthur Foundation have named eight schools, one from each brigade with the top ROTC program, as recipients of the MacArthur Award.

This is the second consecutive year that VMI has received the award, and the recognition is motivation to keep aiming high.

“There’s a benefit in terms of setting our standards high and setting our goals high in order to keep that same trend going forward,” said Wawrzyniak.

The award is based on a combination of the school’s success in achieving its commissioning mission, the ranking of cadets on the National Order of Merit List, and cadet retention rate.

Army ROTC is the largest ROTC program at VMI, providing military instruction to about two-thirds of the Corps of Cadets.