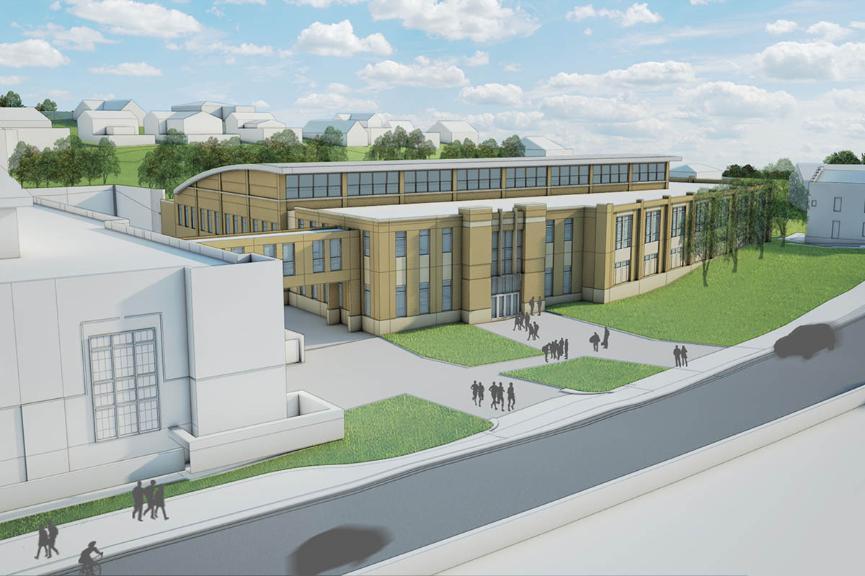 LEXINGTON, Va., Feb. 9, 2018—At its January meeting, the VMI Board of Visitors approved the Post Facilities Master Plan 2018, a document that guides the Institute in its decision-making process about facilities and building maintenance.

Among the Institute’s top priorities as identified in the plan is the Corps Physical Training Facility Phase III, an aquatics center that will replace the nearly 50-year-old, leak-prone pool in Clark King Hall. Authority to proceed with preliminary design for the aquatics center, which would be built on North Main Street adjacent to the Corps Physical Training Facility, is being sought in the 2018 session of the General Assembly.

Commitments of $10 million to $12 million are already on the table from private donors, said Col. Dale Brown, Institute planning officer. The total budget for the project is just over $41 million. Brown estimated that construction on the aquatics center would not begin until 2020 at the earliest, and possibly later.

The aquatics center will complement Phases 1 and 2 of the Corps Physical Training Facility project, which involved the renovations of Cocke and Cormack Halls and the construction of the new indoor track facility at the corner of Main and Diamond streets, all in support of cadets’ athletic training efforts. Work on those buildings was completed in 2015 and 2016.

Also on the agenda are renovations to Preston Library and Scott Shipp Hall—and work on those should begin well before construction of the aquatics center. A renovation of Preston Library, which was built in 1939 and last renovated in 1996, was approved by the General Assembly in 2015. Work on the $15.3 million project will begin this fall, said Col. Keith Jarvis ’82, director of construction, with a 15-month timeline to completion.

“We’ll renovate from the top down, one floor at a time,” said Jarvis. Because of this, library staff and most books will be able to stay in the building, and cadets will continue to have access to the library during the renovations.

Work on Scott Shipp Hall, a 1919 structure that now houses five academic departments, is slated to begin in the spring of 2019, with an estimated price tag of $39.8 million. The Scott Shipp Hall project, which was approved by the General Assembly in 2016, will include construction of a five-story, 28,000-square-foot addition.

Jarvis said that the addition would likely be built first, and then it could be used for classroom and faculty office space while the rest of the building is renovated. He also noted that the phased renovation—Preston Library first, followed by Scott Shipp—is a deliberate strategy.

“Preston Library and Scott Shipp [Hall] are both huge study centers for the cadets, and we didn’t want to take them both offline at the same time,” he commented.