The IS Department believes in graduating cadets who are politically, economically and culturally fluent in all the regions of the globe: foreign study and foreign language competence are encouraged and emphasized as critical parts of the degree program.

The Department epitomizes VMI's commitment to being a 'teaching institution': the IS faculty is widely recognized for serving the interests of its majors, both within the classroom and without. An IS degree is especially suited for those seeking careers in foreign affairs, international business, federal government, law, and the military.

Cadets graduating with an international studies major are prepared to compete for places in the most prestigious graduate programs in the country and across the globe, whether they be in international studies, political science, or other liberal arts curricula. Becoming an IS major means you become an engaged citizen of the global community, fully adapted to the unique challenges facing the modern world.

IS graduates enter top graduate programs for law and political science/international studies in the country, while the IS Board has established internships providing experience in many U.S. government agencies and across the private sector.

The Department of International Studies and Political Science offers a challenging interdisciplinary major in international studies (IS) emphasizing political science, foreign language, history, and economics. The IS curriculum is designed to educate men and women for leadership roles in the global community and provides broad training in the liberal arts with a strong emphasis on the development of communications skills, both written and oral; the ability to think analytically and critically in the field, and on providing a strong understanding of the major ethical questions central to the study of international relations/political science.

Many IS majors go on to earn graduate degrees from top institutions. IS majors are highly qualified for careers in the Armed Forces, other forms of government service, international business and industry, and for numerous other fields requiring a broad liberal arts background.

As part of their degree, IS majors are strongly encouraged to complete either a study abroad or internship experience.

International Studies in the News

Find out more about the department's cadets and faculty in recent VMI news. 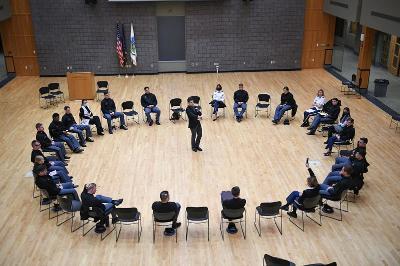 VMI has been designated as one of only ten colleges in the nation to be named a “Community of Practice” from Braver Angels, a nonprofit organization dedicated to promoting civil discourse, in their College Debates and Discourse Program, through a grant from the John Templeton Foundation. 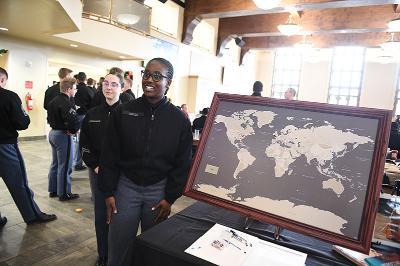 Language and Culture Week at VMI

Cadets, faculty, and staff were able to sample dishes that represent the different language taught at VMI and learn about academic offerings as part of "Language and Culture Week at VMI" hosted by the Department of Modern Languages and Cultures.