Major General Francis Henney Smith (b. 1812 d. 1890) was appointed VMI's first Superintendent in 1839. An 1833 graduate of West Point, he had previously served briefly in the U. S. Army and was a Professor of Mathematics at Hampden-Sydney College (VA) when he accepted the position as head of the newly established Virginia Military Institute. He served for fifty years, from the Institute's infancy, through the Civil War, and through the difficult post-war period. He is known as the "builder and rebuilder of VMI." Smith retired on January 1, 1890 and died only a few months later, on March 21, 1890.

Lieutenant General Edward West Nichols (b. 1858 d. 1927) graduated from VMI in 1878 and was subsequently a Professor of Mathematics at the Institute. He served as Acting Superintendent from July 1, 1907 to June 30, 1908; on July 1, 1908 he was named VMI's third Superintendent, holding that position until September 30, 1924. From 1918-1919 was an officer in the U. S. Army Corps of Engineers and was the commander of the Student Army Training Corps at VMI. Following his retirement as Superintendent he continued to lecture in Pure and Applied Mathematics. He died on July 1, 1927 as a result of a blasting accident on the VMI Post. 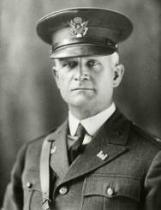 Brigadier General William Horner Cocke (b. 1874 d. 1938) graduated from VMI in 1894, having received the Institute's highest academic award, the Jackson-Hope Medal, First Honor. After graduation he taught at Kemper Military Academy (Missouri), earned a law degree from Washington University and practiced law in St. Louis from 1899-1907. Cocke served as a U. S. Army officer in both the Spanish-American War and World War I. He was the founder and president of Southern Acid & Sulphur Company (St. Louis). He was named VMI's fourth Superintendent on October 1, 1924 and served until ill health forced his retirement on June 30, 1929. The construction of VMI's gymnasium, Cocke Hall, was made possible by Gen. Cocke's significant donation towards the cost of construction. He died on June 9, 1938. 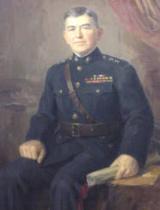 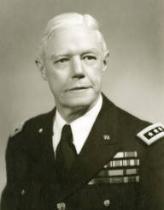 Major General Charles Evans Kilbourne (b. 1872 d. 1963), an 1894 VMI graduate, had a distinguished career in the U. S. Army before returning to his alma mater to serve as the sixth Superintendent. He entered the volunteer Signal Corps as a 2nd Lieutenant at the outbreak of the Spanish-American War in 1898, and received the Medal of Honor for gallantry in action in the Philippines in 1899. He received his regular Army commission in 1899 and served in China during the Boxer Rebellion. During World War I he was Chief of Staff of the 89th Division and was wounded in action in France. General Kilbourne served multiple tours of duty in the Philippines and was instrumental in the development of the military installations on the island of Corregidor, including the initiation of the tunnel system used during World War II by General MacArthur's troop. He also served in the War Plans Division in Washington DC from 1932-1938.

Kilbourne was promoted to Brigadier General in 1928. He received his promotion to Major General in 1935 and retired from active duty the following year. He was the first person in American history to hold simultaneously the nation's three highest military awards: The Medal of Honor, the Distinguished Service Cross, and the Distinguished Service Medal. Kilbourne became Superintendent of VMI on October 1, 1937 and guided the Institute through the challenging years of World War II. He retired on June 20, 1946 and was named Superintendent Emeritus. He died on November 12, 1963 and is buried in Arlington National Cemetery. 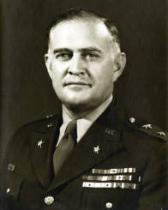 Lieutenant General Richard Jaquelin Marshall (b. 1895 d. 1973) graduated from VMI in 1915 and accepted a commission in the U. S. Army the following year. He graduated from the Command and General Staff School in 1934, the Army Industrial College in 1935, and the Army War College in 1936. He was promoted to Major General in 1942. Marshall served as Deputy Chief of Staff to General Douglas MacArthur during World War II and became his Chief of Staff in December 1945. He served as VMI's seventh Superintendent from June 11, 1946 until June 30, 1952, and died on August 3, 1973. 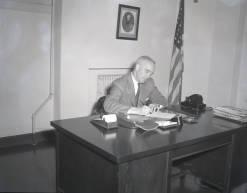 Major General William M. Stokes, Jr., VMI Class of 1921, served for four months (April - July 1952) as Acting Superintendent following the sudden illness of General Marshall. Stokes served with distinction in World War II and subsequently in the U. S. Army Reserves. He was president of the VMI Alumni Association from 1949-1951 and a member of the VMI Board of Visitors from 1951-1961. A resident of Lynchburg, Virginia, he was a businessman there when he was asked to serve as Acting Superintendent.  He died on May 5, 1980. 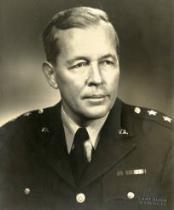 Major General William Hammond Milton, Jr. (b. 1900 d. 1984), graduated from VMI in 1920 with a degree in Electrical Engineering. He spent the majority of his career with the General Electric Company, in which he held a number of senior management positions before his retirement in 1952. Milton was the first VMI Superintendent to come to the job from an exclusively non-military background. Upon his appointment as Superintendent in August 1952 he was appointed a Major General in the Virginia Militia (Unorganized). He served until June 30, 1960 and died on June 12, 1984 at the age of 84. 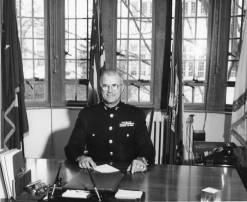 Lieutenant General George Richard Edwin Shell (b. 1908 d. 1996) graduated from VMI in 1931 with a degree in Electrical Engineering. His distinguished career as a U. S. Marine Corps officer began with his commissioning in 1931. During World War II he commanded an artillery battalion in the Pacific Theater and was awarded the Purple Heart and Legion of Merit with combat "V." He subsequently served in many capacities throughout his 29 years of active duty-- on the staff of the Joint Chiefs of Staff; at the Pentagon; SHAPE; NATO; as commanding General, Marine Recruit Depot, Parris Island; and in many other assignments. He became VMI's ninth Superintendent on July 1, 1960, serving until June 30, 1971. General Shell died on October 30, 1996. 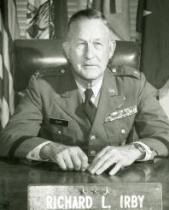 Major General (U. S. Army, RET) Richard Logan Irby (b. 1918 d. 2002) graduated from VMI in 1939 and immediately accepted a commission in the U. S. Army. His military career encompassed more than 30 years of active duty and three wars--- including service in China and Burma during World War II; Battalion Commander with the 1st Cavalry Division during the Korean War; and Assistant Division Commander and Division Commander with the 1st Cavalry Division (Airmobile) during the Vietnam War. In 1969 he became Commander of the U. S. Army Training Center, Infantry, at Fort Polk, LA and in 1970 he was named Commanding General at Fort Knox, Kentucky. Irby became VMI's tenth Superintendent on July 1, 1971 and retired on June 30, 1981. He died on March 6, 2002. 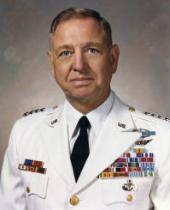 General Sam Sims Walker (b. 1925 d. 2015) matriculated at VMI in 1941 with the Class of 1945. In 1943 he transferred to West Point, from which he graduated in 1946. He served in the U. S. Army from 1946 until his retirement as a four-star general in 1978. Among the many assignments during his distinguished military career were Commanding General, 3rd Infantry Division, USA in Europe; U. S. Commander, Berlin; Deputy Commanding General, U. S. Army Forces Command; and Commander, Allied Land Forces Southeastern Europe. He graduated from the Command and General Staff College in 1957 and from the National War College in 1964, and earned a Master's degree from George Washington University. General Walker became VMI's eleventh Superintendent on July 1, 1981 and retired on December 31, 1988. 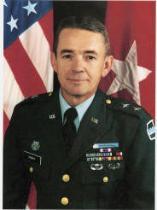 Major General John Williams Knapp was named VMI's twelfth Superintendent on June 15, 1989 and served until July 31, 1995. He was the first Superintendent to be chosen from the Institute's faculty since 1907. Knapp holds a degree in Civil Engineering from VMI and received the PhD from Johns Hopkins University in 1965. At VMI, he rose through the faculty ranks to become head of the CE Department and in 1984 was named Dean of the Faculty. He served in that capacity until his appointment as Superintendent in 1989. Upon being named Superintendent, General Knapp retired from the U. S. Army Reserve after completing nearly 35 years of distinguished service. During that time he served over eight years as a Troop Commander or Deputy Commander at every grade, Lieutenant Colonel through Major General. Now Superintendent Emeritus, he lives in Lexington, Virginia. 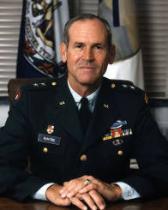 Lieutenant General Josiah Bunting III became VMI's thirteenth Superintendent on August 1, 1995. He graduated from VMI in 1963, earning a Bachelor of Arts degree in English. He was First Captain and Regimental Commander of the Corps of Cadets. A Rhodes Scholar, Bunting studied from 1963-1966 at Christ Church, Oxford University, where he earned a BA and MA with honors in Modern History. He served on active duty in the U. S. Army from 1966-1973, including a tour of duty in Vietnam. He subsequently served as President of Briarcliff College, Hampden-Sydney College, and as Headmaster at the Lawrenceville School. Bunting is a critically acclaimed author whose most recent book is a biography of Ulysses S. Grant. General Bunting retired as Superintendent at the end of 2002.

Search Archives
Search the Archives Website
What is this searching?
Searching the Archives website allows you to find popular research topics, FAQs, and learn about the scope of our collections. It's a good place to start, but be sure to use the other search options above to identify the full range of material in which you may be interested.
Search Digital Collections
What is this searching?
Searches thousands of photographs, manuscripts, the Cadet newspaper, and other digital collections. It contains original documents and full text for a wide range of archival collections.
Search the Historical Rosters
What is this searching?
Our Historical Rosters are the best resource for family historians interested in identifying a VMI ancestor. In addition to names, many records include a summary of biographical and genealogical information found in our files. Contact the Archives for detailed information about people identified here.
Search the Archives Catalog
What is this searching?
The Archives Catalog contains detailed descriptive information about letters, diaries, other manuscripts and historical VMI records. Although the catalog does not contain the documents themselves, it provides you with links to full text access if a collection is available online.
Find Your VMI Ancestor
Explore Digital Collections
Archives Online Catalog
Cadet & Alumni Favorites