With a consistently low cadet to faculty ratio, VMI offers unparalleled opportunities for undergraduate research. Cadets can conduct research from the time they matriculate, and their topics are as limitless as their imaginations. Recent undergraduate research projects have involved launching a rocket capable of carrying a Mars Rover-type vehicle, exploring the African-American experience during the Vietnam War, and traveling to Zimbabwe to interview veterans of that nation’s civil war. Where will your research interests take you? 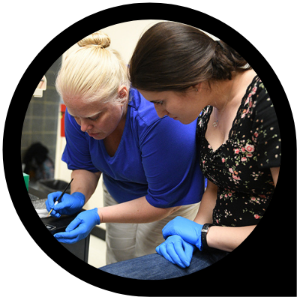 “I’m really glad I’m learning the research skills early. I’ve got two more summer sessions and three more years of research here. I feel very lucky to end up in the lab where I want to work for the rest of my VMI career.”

Gabby Handford ’24 began working in Maj. Molly Kent’s lab in Fall 2020, just a few weeks into her 4th Class year. Since she’d developed an interest in neuroscience in high school, signing up for a class with Maj. Molly Kent and working in the lab seemed a natural fit. Handford has learned new skills as she examines the brains of the rats who’ve had abundant versus deprived environments. Using a brain scanning technique, Handford is able to analyze a hormone associated with resilience in the brains of rats. 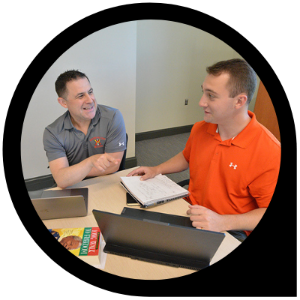 “I really liked the question that the capstone brought up, which was, ‘How does the media create the first draft of history? The New York Times didn’t really know where the violence was coming from, so they started focusing more on the Zulu/Xhosa aspect. It’s a bias of seeing Africans as being tribal.”

In the summer of 2020, Mitchell Masterson ’22 needed a history elective, so he signed up for a class on South Africa with Maj. Jochen Arndt, assistant professor of history. One thing led to another, and by the spring of this year, Masterson was taking Arndt’s senior capstone course on the end of apartheid in South Africa. In the summer od 2021, working under the auspices of the Summer Undergraduate Research Institute, Masterson completed an independent research project on media coverage of South Africa’s transition from apartheid to democratic rule, which took place between 1990 and 1994. 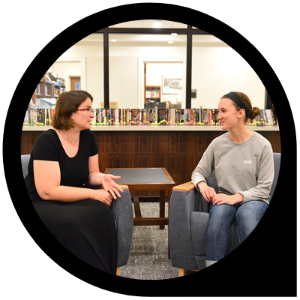 “When I am deployed and abroad, I will probably encounter women combatants, and more so in terrorist organizations, so that’s what struck my initial interest… There’s a lot to learn, and it’s fascinating to read about. As an officer in the military, this is something you could potentially face, and I think that’s intriguing.”

Alexandra “Allie” Sassaman ’22 is delving into research for her national security minor thesis, which will focus on the roles of women in terrorism and counter-terrorism and their reasons for involvement. For Sassaman, who plans to commission into the Marine Corps, the work is part of her professional preparation. Not surprisingly, it’s difficult to find information about female involvement with terrorist organizations, either directly or indirectly, so Sassaman has been researching women’s participation in conflict over time and across cultures with Dr. Vera Heuer, associate professor of international studies. 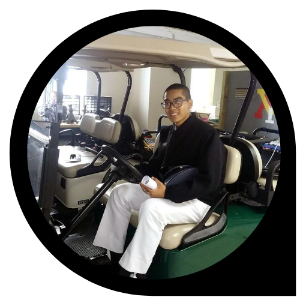 “Through the project, I became more proficient with programming languages like C++ and Python. I also learned how to improve LiDAR data in self-driving and the Linux platform. Moreover, I developed my interest in improving the self-driving application to reduce transportation accidents around the world.”

Under the guidance of his faculty advisor, Dr. Hongbo Zhang, electrical and computer engineer major Binh Tran '23 is expanding his programming knowledge while working to improve “light detection and ranging” LiDAR for use in self-driving cars. Tran's work contributed to VMI's self-driving project to help a vehicle's ability to recognize road scenarios, pedestrians, and other vehicles to react accordingly.

Strength/Weaknesses of the Law of the Seas Convention

“This project will help clarify the widespread violations of maritime law that persist and help us better understand why certain countries pursue actions outside of legal channels.”

The Summer Undergraduate Research Institute (SURI) continues to excel with Whit Armbruster’s ’21's project “State and Global Measures of Intervention Against Maritime Aggression.” The international studies major explored the strengths and weaknesses of the United Nations Convention on the Law of the Seas (UNCLOS), with a focus on how states circumvent or exploit these provisions. Dr. Tim Passmore, assistant professor of international studies, advised Armbruster. 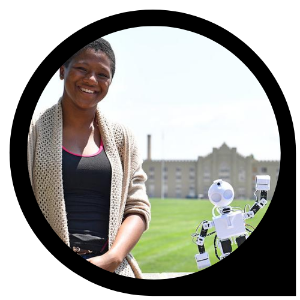 “BeanBot will be able to talk to them and sense when their heart rate is elevated. It’s just a nice buddy that will help them with their day-to-day life.”

The BeanBot research project undertaken by Miyah Boyd '20 was a project spanning three disciplines: Boyd’s major, computer and information sciences, psychology, and electrical and computer engineering. “BeanBot,” was designed to be a non-judgmental friend to those in need of a little emotional support, drawing on Boyd's own life experiences. Her research goal was to provide an electronic companion for people with autism and social anxiety disorder so they can more smoothly navigate a world that they often perceive as harsh, chaotic, and threatening. 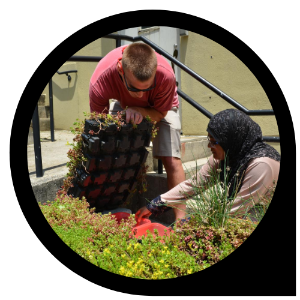 “I approached Dr. Tanjina based off of work done previously…I was very interested in the green infrastructure. This project has definitely helped my research gathering methods.”

Over the summer of 2018, Steele Lamade ’19 researched the environmental footprint on the Lexington water table of the recently constructed Corps Training Facility. He and his mentor, Dr. Tanjina Afrin, collected water samples from the surrounding area and worked in tandem with Lexington Wastewater Treatment for data analysis.

“Accurate and truthful financial reporting is crucial to the integrity of the American economy, and therefore this project is a valuable exploration of a possible method for determining financial fraud in a company.”

Spencer Dahm ’22, economics and business major, was working on a SURI project called “Towards a Predictive Model of Fraud: A Case Study of MiMedx” with his advisor Maj. Kathy Simms, assistant professor of economics and business. Dahm attempted to find out if forensic data analysis techniques can be used to determine if financial fraud exists in a company. MiMedx, was delisted from the NASDAQ after it came to light that financial records had been falsified.

“The most interesting aspect of my research is the research process itself ... I had to learn this coding software called Stata that helped me to compile the data I collected and use it to produce results that can then be interpreted to answer my main research questions.”

Inspired by a summer study abroad trip in 2019, Thomas Muldowney ‘21, an economics and business major at VMI, tried to determine what factors influence successful migrant integration in Europe, a continent that has seen millions of refugees arrive, many by boat, from North Africa and the Middle East over the past decade, as a summer research project. 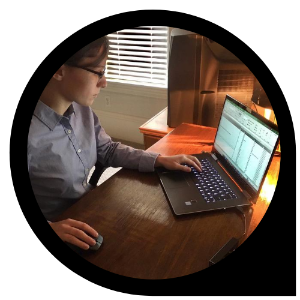 The Motivation for Memes

“Memes are very popular, especially among my age group, and I was like, ‘Well, why do people look at memes?'”

According to a preliminary research project by psychology major Josephine Freeman ‘23, people who rarely look at memes, tend to be more conscientious. Freeman is one of many cadets spending her summer researching with VMI’s Center for Undergraduate Research.