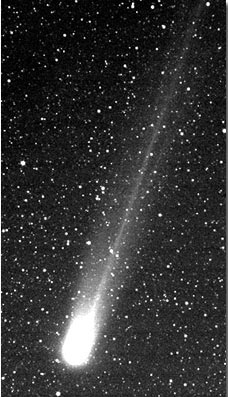 The 1996 comet Hyakutake was a very spectacular comet, the brightest in twenty years (since comet West in 1976). This image was obtained at the VMI Observatory, using our CCD electronic camera, and a 50mm camera lens. This comet was bright enough to obtain a photograph with an ordinary 35mm camera, from a dark-sky location without using a telescope. 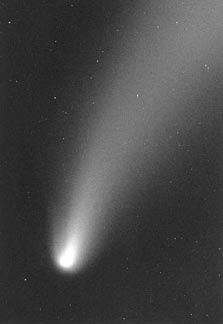 March 1997: Comet Hale-Bopp offers a spectacular sight in the early evening skies, seen near the northwest horizon during the first hour of darkness. This photograph was obtained at the VMI Observatory March 20, using the 5-inch photographic refractor, guided by the 20-inch reflector. (This was a two-minute exposure on T-MAX 400 film.)